We are thrilled to welcome back Dano Madden, who previously worked with us in our debut workshop Foothills Park! Dano was a 2015 MacDowell Fellow. His web series, Precious Cargo, will be released online in the summer of 2016. Dano’s plays have been produced and/or received development by Actors Theatre of Louisville, The Source Festival, The Artful Conspirators, Seattle Repertory Theatre, The National New Play Network, Mile Square Theatre, Burnt Studio Productions, Northwest Playwrights Alliance, Idaho Theatre for Youth, Kitchen Theatre Company, Rutgers University, The University of Tulsa, Bloomsburg University, the Lark and Seven Devils, among others. He is a five time Heideman Award finalist. Dano was the winner of the Kennedy Center’s 2007 National Student Playwriting Award and a finalist for the National New Play Network’s 2010 Smith Prize. His work can be found in publications by Samuel French, Playscripts, Indie Theater Now and in various play and monologue anthologies. Dano’s teaching credits include playwriting and dramatic literature at Stockton College, Rutgers University and at NYU’s Tisch School of the Arts in the Playwright’s Horizons Theatre School. He is currently a speech and drama teacher at the Marymount School of New York. He is thrilled to once again be working with Elephant Room Productions. Dano lives in Hoboken with his wife Lauren. www.danomadden.com 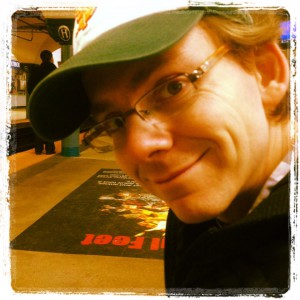