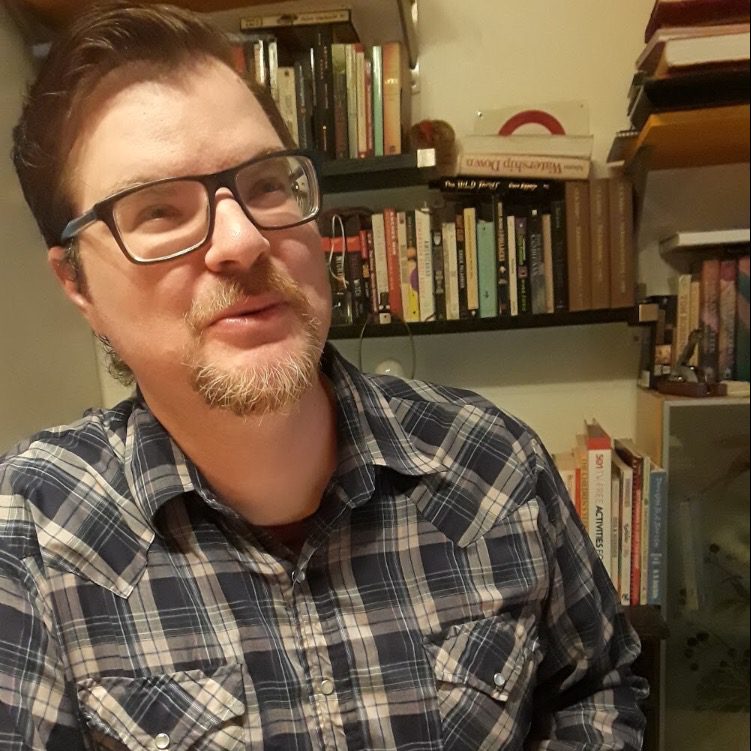 With the dog she has had since childhood giving voice to her depression, a woman struggles with isolation, self-loathing, and the grind day-to-day existence inside her claustrophobic apartment and mind; as her faithful companion and critic struggles with its own failing body.

Brian Grace-Duff is a Philadelphia playwright and charter member of The Foundry. His most recent production was The Hollybush Game (a devised performance celebrating the 50th anniversary of The Glassboro Summit) at Rowan University. Other work has been presented or developed by PlayPenn, BRAT Productions (2014 Artist-in-Residence), Philadelphia Theatre Company, Endtimes Productions, Pittsburgh New Works Festival, Plays and Players (2011 Playwright-in-Residence), Walking Fish Theatre, Zacherlee Presents…, Philadelphia Dramatists Center, and Tactile Theatre. Brian is a graduate of West Chester University.