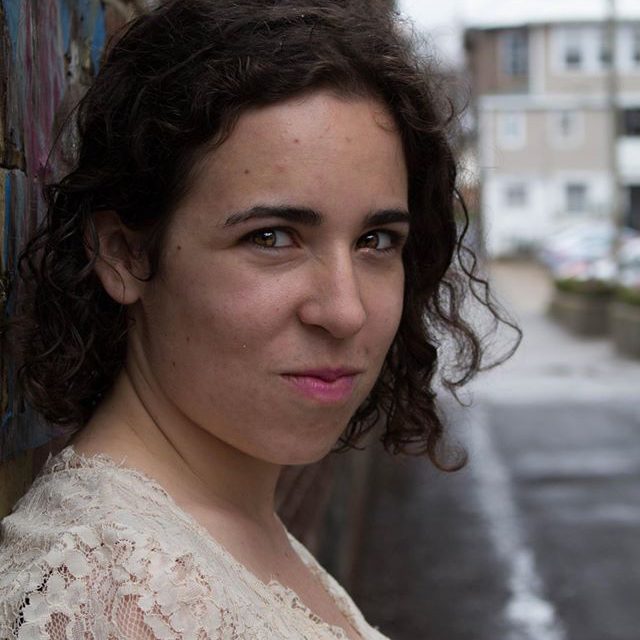 Dart and John are in a hotel room sitting next to each other; contemplating acts that might have happened the night before and talking about the tournament…which is today, the Karate Hottie Tournament for young female karate students that show promise. Too bad Dart’s not very prepared…. When 16 year old, Dart fell in love with her sexy, manly engaged 37 year old karate instructor she didn’t know she would engage in something that promises to be way more complicated and way more wrong and way more HOT than she ever thought it could be 😉 This play tracks the story of a young outsider chick who will do whatever it takes to get her man, eat as much Chinese food as possible and play by her own rules.

Catherine Weingarten is a NYC based playwright and a recent graduate of Ohio University’s MFA in playwriting program, studying under Charles Smith and Erik Ramsey. Catherine’s summer camp play “Are You Ready to Get PAMPERED!?” had a reading at 59E59 with Less than Rent and also was part of Dixon Place’s Bingo Lounge. Some of her other plays include: Pineapple Upside Down Cake (KCACTF:national semi-finalist), Janis and the Big BAD World (Semi-finalist at Wide Eyed Productions), A Roller Rink Temptation (NOLA Fringe), This Car Trip Suckss ( Piper Theater Productions Emerging Artist Reading Series), Karate Hottie (OU Seabury Quinn Play Fest) Love Potion Number Slut (Tiny Rhino) and You Looked Hot When You Stole that Dress from Walmart (Fresh Fruit Festival.) She has been involved with Abingdon Playwrights Group as well as New Perspective’s Women’s Work Short Play Lab. She is the recipient of the Scott McPherson award given to a graduate playwright at Ohio University that is a kind and supportive collaborator in the program. She has received commissions from Piper Theater Productions and Bloomsburg University. catherine-weingarten.squarespace.com